Note: This is an opinion piece and reflects the perspective of an induvial which may not reflect the full beliefs of CPAO.

Hello armies. I’ve made it onto CPAO.

I decided to get a position with CPAO as a place to provide posts which may not be 100% suitable for CPAHQ, and for posts which are frankly very opinionated and not always nice.

Now would be a good time to mention that this post extensively features my own opinions.

PIC has always been very close to my heart. I went through a lot with the people in it last year and still care about it a great deal. I was left with strong opinions after seeing how PIC and Sidie9 [a very good friend of mine] were treated.

With that being said, I would like to emphasize the importance of forming your own opinions. It’s equally important here as in my philosophy posts to keep an open mind and consider everything fairly.

Additionally, please remember that my opinions should only be taken to represent me. They are not the views of the CPA Wiki, PIC, CPAHQ or CPAO.

Viewer’s discretion is also advised in regards to some links included in this post about the behaviour of SR leader Mansionz.

There’s a lot I’d like to discuss, so I’ll get right into it.

I’ll start by briefly explaining events to the best of my understanding. I don’t necessarily have the full picture here since I haven’t spoken to everyone involved personally. Doing your own research is always important when it comes to anything, especially with drama. Don’t take what I say as facts written in stone, look into things for yourself.

Sidie’s Rangers [SR] are a colony of PIC. Secret Service [SS] and SR went to war as SS wanted more land on the CPAN map. On the 24th August, PIC announced they were going to war with Sidie’s Rangers themselves, citing disrespect from SR’s leadership.

On the same day, SS released screenshots proving SR leader Mansionz was multilogging. They also made accusations that the PIC-SR war was a sham to try and claim SR land that SS was trying to obtain.

SS talked to the staff team of Club Penguin Armies Network [CPAN] and asked them to take action. In their investigations, CPAN also found that Mansionz had led inappropriate tactics against PIC founder Sidie9. CPAN admin F6 released a special report on the same day, denouncing the actions of Mansionz and declaring the SR and SS war over with SS as victors. Mansionz multilogging also meant that PIC would win their war against SR.

Up to this point, I had no substantial issues with events. Whilst I did find the SS accusations against PIC somewhat laughable, everything else had been conducted in a fairway.

What happened next threw me for a loop.

F6 accused Sidie9 of being Mansionz. He banned Sidie from the CPAN discord server. F6’ basis for this was that Sidie had invited Mansionz to the RPF server.

That’s it. That’s literally all the proof he presented. Needless to say, I was not impressed, nor was PIC leadership.

After acquiring a screenshot from 2019 showing Mansionz and Sidie9 in the same room having a conversation [below], PIC leadership and myself created a group chat with F6 to discuss the situation. A few other random people were present as we had used the group chat beforehand to present the evidence to anyone interested. 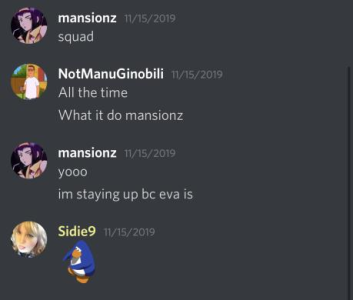 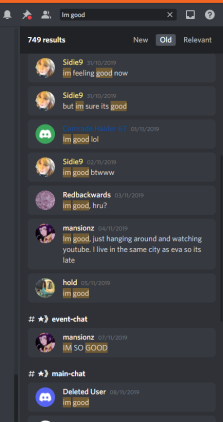 We quickly debunked the inspect element theory by finding the messages in the PIC server [see above]. F6 would then use this screenshot [see below] to again “prove” that Mansionz and Sidie9 are the same people: 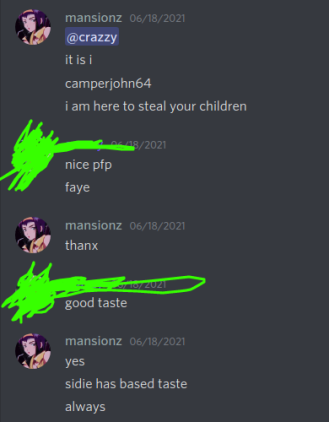 F6 never really explained his logic here. I’d assume it was that Mansionz complimented Sidie’s taste and therefore they must be the same person because you never compliment your friends ever?

You can start to see why this was a cause of such frustration.

After some further discussion, F6 finally agreed to update the post with the evidence we had provided and unban Sidie9. However, I wasn’t entirely satisfied with this outcome and continued to think about how I could definitively prove Sidie9 and Mansionz were different people.

It was then something dawned on me. Some of the messages from Mansionz back in 2019 were in PIC’s event chat. I decided to hunt through PIC’s event pictures from that time period to see if I could find any pictures with Sidie9 and Mansionz together. I succeeded. 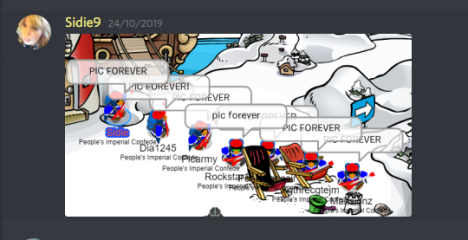 Sidie is the penguin at the top left of this formation, Mansionz at the bottom right. Clearly, two different accounts. However, you could still argue that Sidie was multilogging the Mansionz account.

Thankfully, we can discount this entirely as the event took place on Superhero123’s CPPS, Club Penguin Armies: The Game [CPATG]. This is evident from Sidie’s custom name and the inverted colouring of one of the beach chairs. CPATG had built-in multilogging detection, so Sidie9 would have been caught straight away back then. This definitively and conclusively proves that Sidie9 and Mansionz cannot possibly be the same person.

EDITORS NOTE: Mansionz and Sidie9 were also present at an ACP Battle on CPATG view the bottom right of the image below.

Still with me? Well done, I know that was a lot to understand in one go.

We vocalised our frustrations that F6 hadn’t approached us before releasing his report and given Sidie a chance to defend herself. He updated the post a few hours later and to his credit he apologised for his actions publicly and privately. I don’t hold much against F6 personally as whilst his initial attitude was in my opinion somewhat irrational and unprofessional, this changed as the conversation went on and we were able to resolve the problem in a civilised manner.

However, I do think it’s worth noting the error CPAN made in this scenario. CPAN failed to contact PIC and give them an opportunity to defend themselves either from the accusations made by SS or the Sidie9 = Mansionz accusations. CPAN failed to hear out both sides of the story, which is a SUBSTANTIAL failing from a media organisation. Media organisations are meant to report and investigate both sides of a story. Serious and permanent damage could have been done to PIC and Sidie’s reputation because of CPAN’s reckless actions.

Additionally, CPAN acted on solely circumstantial evidence which was easy to explain. The original evidence presented by CPAN was that Sidie had invited Mansionz to the RPF server. This alone is nowhere near enough to prove that Sidie9 and Mansionz are the same person, and yet CPAN still decided to assume the worst in this situation. Again, this is a major mistake and one that could have been VERY costly for PIC and Sidie9 if we had been unable to find concrete proof disproving the CPAN post.

I sincerely hope everyone has learnt the lesson here. Investigate both sides of the story, not solely the side which fits your narrative.

What do YOU think? Are there standards which media organisations need to meet? Should we ever make conclusions based on circumstantial evidence?

2 thoughts on “The Full Story: The Sidie’s Rangers Controversy”